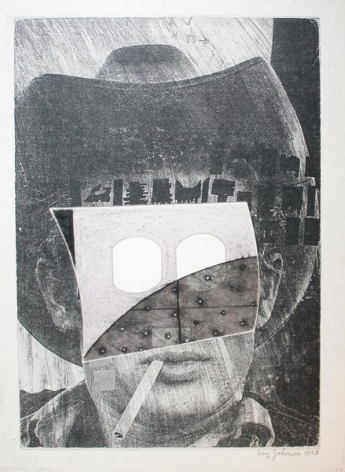 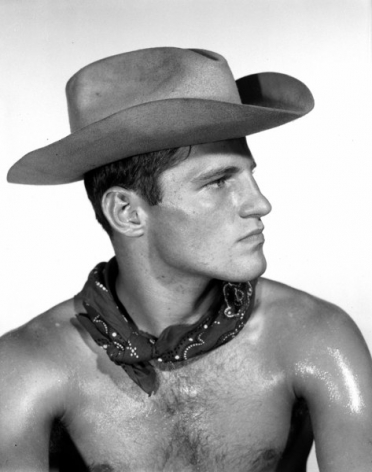 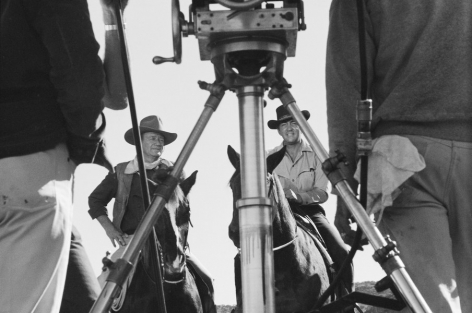 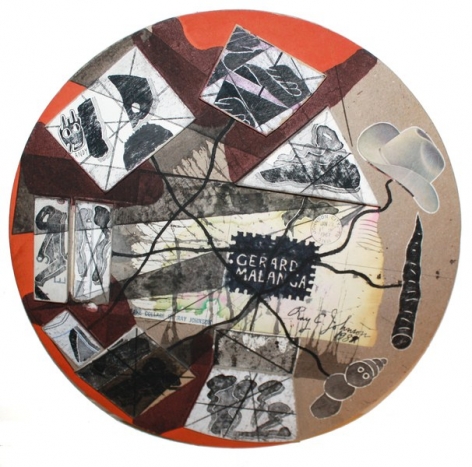 The American cowboy died, by most accounts, in 1999 when the Marlboro Man was forever laid to rest by the ban on tobacco billboards. But he rides on in art. Only four years ago, Cady Noland’s silkscreen print “Cowboys Milking,” from 1990, was at the center of an auction house controversy that eventually led to the $6.6 million sale of another work of hers, “Oozewald,” a record for a female artist. That huge result got the attention of Dylan Brant, the stepson of the billionaire megacollector Peter Brant. “That was my first encounter with Cady Noland,” the younger Brant said last week, when we met at a park in Tribeca to discuss #RAWHIDE, the big-ticket cowboy-themed group exhibition he curated at Venus Over Manhattan, opening Saturday, May 9. “And Cady started me on cowboys.”

Brant was dressed, appropriately but likely unwittingly, in a shearling denim jacket. Riding shotgun was his friend Audrey Turner, who helped him put the show together along with his co-curator Vivian Brodie. They’ve included a well-known Noland work in the show, “Cowboy with Holes, Eating,” (1990), an image of a squatting frontiersman with strategically placed gaps. “There’s a big hole where his crotch should be,” Turner pointed out. “Cady Noland sort of castrated that myth.”

“For me, the show is about masculine identity,” said Brant, whose stepfather has a reputation for manliness and horsemanship. (He’s a highly regarded amateur polo player.) “It was about growing up in a situation where I was told I had to be a certain way, that men had to be a certain way in society if they were truly going to be men.” He sipped his green juice pensively.

It wasn’t quite high noon, but the sun felt like it was directly overhead. A gang of schoolchildren trooped by the park bench we were sitting on. “Eyes forward!” their minder called out.

This reminded Turner that Will Boone, likely the youngest artist in the show, makes work about the dangerous prison rodeos in his native Texas. “Even the younger artists recognize that we have to deconstruct this tenacious mythos of the cowboy,” she said. “This ceremony used to be about American brawn; now it’s been subverted into this murderous sport.

In the end, they agreed the cowboy is a readymade icon to be deconstructed and repurposed, as Richard Prince, Martin Kippenberger, Laurie Simmons, and others do freely in the show. We wondered aloud if the cowboy as an idol is passé, if the myth—cut loose from advertising sorcery—is dead. “Do I think the cowboy will proliferate the same way it did in the ’50s?” Brant said. “No. But I think it will make a comeback.”

“Kids these days are so aware that the only thing they use their hands to do is to type,” Turner added.

“Look at me!” said Brant. He went on: “But by no means is this show meant to provide an answer about what this image means. It’s actually meant to ask a question. Really, it should be titled: ‘Cowboy?’”

“#RAWHIDE” is on view at Venus Over Manhattan, 980 Madison Avenue, through July.

Download PDF
View on W Magazine
Back To Top