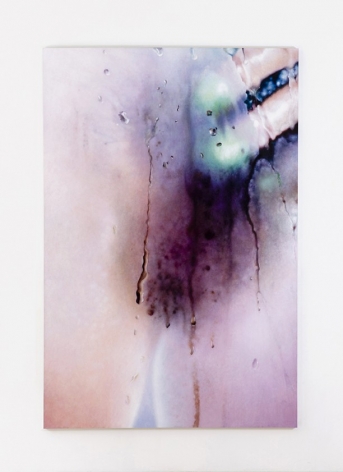 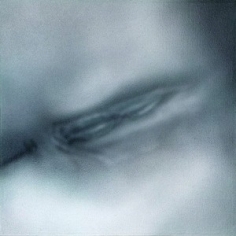 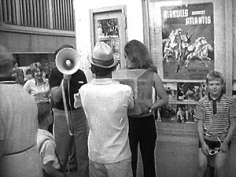 When Venus Over Los Angeles titled its summer show of six female artists “CUNT,” a sort of low buzz began among female art worlders in L.A.

All-women shows proliferate these days, especially shows of “overlooked women” who began working in the 1950s, ’60s and ’70s, as did all the artists featured in “CUNT."

Longtime Angeleno Susan Mogul jokes that she’s been fetishized as a “vintage artist.” Penny Slinger, who turns 70 this year, says she’d like “some recognition ... not only for the old work,” even as Blum & Poe peddles her 1970s collages. Shows such as Hauser & Wirth’s recent “Revolution in the Making: Abstract Sculpture by Women” do wonders for making visible work of long-marginalized women, but they also suggest that somehow “woman” is a valuable category in and of itself, whether or not the women in question meant to make work about gender.

Certainly, the artists in “CUNT” — Valie Export, Dorothy Iannone, Carolee Schneemann, Judith Bernstein, Marilyn Minter and Betty Tompkins — deserve all the attention and exposure they can get. Their work, too rarely seen before the 2000s, explores sexuality in daring ways. Even so, is it OK to use derogatory slang for a female body part as a show’s title or does it just reinforce stereotypes that artists are working to break?

“There’s been a lot of feedback about the title,” says Anna Furney, the Venus Over Los Angeles partner who organized this show. She insists that “CUNT,” unlike blanket all-women shows, is organized around subject matter and theme — all the women in it were and are purposefully doing work about gender and sexuality. “The word 'cunt' is inherently negative, but the idea is that if you take back the power of the language as a speaker and you redirect it, the negativity can be mitigated,” she says. Of the title, she adds, “It’s actually something that the women in the show were all really adamant about doing.”

“We thought it was exciting and really very bold,” says Betty Tompkins, whose majestic monochrome paintings and drawings of female genitalia are titled, among other things, Cow Cunt, Ersatz Cunt and Cunt Grid. Also, she adds, “I was in a show earlier this season … called ‘Dicks,’ and next season I’m going to be in a show called ‘Hard.’ I’m covering all my bases.”

Marilyn Minter says, “The word 'cunt' is so loaded. But that’s what we’re called. We’re reclaiming words that were used to put us down.” Her 1992 enamel painting White Cotton Panties hails from a time in her career when her sexually explicit work was, in her words, “excoriated.”

“I pushed for it!” Bernstein says of the title via email. “CUNT is the last bastion of crudité!” (In French, crudité means rawness.)

Bernstein’s charcoal drawings of vertical screws hang from the ceiling in the sunlit first gallery. In the darkened second gallery, her aggressive and colorful glow-in-the-dark opuses hang on the walls. Her two Cuntfacepaintings show a vulva with teeth and eyes exploding. “I use ‘Cuntface’ as a metaphor for the Big Bang,” she says, the universe springing from a justifiably angry and vivid version of femininity in these paintings. “They tackle the notion of women’s rage, my own rage and our entitlement to rage.”

The glowing Cuntfaces, which were made in the past two years although they're in line with Bernstein’s decades-old interests, share space with Carolee Schneemann’s film Fuses (1964-66). Schneemann is still best known (perhaps unfairly given the impressive scope of her art-making) for the 1975 performance piece Interior Scroll, in which she pulled from her vagina a scroll containing a female film critic's dismissal of her work and read it aloud as the long piece of paper coiled out of her body. She made the 29-minute-long Fuses a decade before that, filming lovemaking between herself and her then-partner James Tenney. It would be an exploration of intimacy vastly different from pornography of the day, in that the woman had all the agency. Footage from Valie Export’s Touch Cinema (1968) also plays on a monitor in the darkened room. Export wore a Styrofoam box over her chest in public, letting members of the public reach in and fondle her breasts for 33 seconds each.

“Being female and dealing with sexual imagery does not make the work the same,” Bernstein says of the art in the show. She does, however, recognize important parallels between herself and the others in “CUNT.”

“We all have our own aesthetic, and have struggled in terms of being women in the art world and being cock/twat blocked.”

Dorothy Iannone, whose suite of autobiographical drawings from 1968 fills a vitrine in the main gallery, always depicts her figure’s genitals. A woman may be fully dressed but with breasts and genitals exposed. A man in pants and a button-down shirt will still have his penis out. In 1969, in a show in Bern, Switzerland, the otherwise progressive-seeming curator Harald Szeemann put brown tape over her figure’s privates. “Your films aren't really films," peers told Schneemann. Export heard similar criticism. But too often, gallerists, curators and institutions refused to pay attention.

“It was rejected forever,” says Tompkins, who began painting vulvas in the late 1960s. “I didn’t really get any recognition or any exposure until 2002.” That year, her first solo show at Mitchell Algus Gallery was written up in The New York Times .

Early on, she based her paintings on porn her then-husband had ordered from Singapore, then smuggled into the United States from Canada — the imagery, while illegal, was also vanilla. “I originally did just heterosexual sex, money-shot close-ups,” she says. Now that her access to imagery has broadened, her subject matter has broadened and her approach has become lusher. Her recent airbrushed images have an ethereal quality, as if they're being viewed through a light mist. ”The culture has changed enough to accept them, because these are beautiful paintings and they have charge, which is what I always wanted to do.” Her titles, however, are blunt as ever. “I’m certainly not going to call them vagina paintings.”

A strength of “CUNT” as a show is that it includes new work by all of the artists, making whitewashing from a distance more difficult. Often, gallery or museum press releases describe a once-radical work that was made decades ago in art-historical terms, downplaying its controversial nature — for instance, the late Lee Lozano’s work is discussed in terms of her association with minimalists rather than her anger toward men and preoccupation with weed.

“They’re whitewashing her history is what I think,” Tompkins says. “My concern is we’re the flavor of the month and then we go back to the boys.”

“The art world loves young bad boys and old ladies,” Minter says. The majority of her work in “CUNT” is new, including one impressionist, pastel-colored enamel-on-metal painting from her ongoing pubic hair series. (“No one wants these bush paintings,” she says, “even though they’re the best works I’ve ever made ... beautiful enough to hang over the couch.”)

“I hate essentialism. I’m allergic to essentialism,” she says when asked if centering a show of women around sexuality could be reductive. Maybe it could be, but not this show with these artists, she explains: “All of us were so radical that people were appalled by what we were doing and they still are. I think of what essentialism is and it wouldn’t embrace us.”

Minter sees this show as ideally suited to this particular moment, when we have a “pussy grabber” commander-in-chief and a vice president who refuses to be alone in a room with women other than his wife. “It’s really about women owning the agency of sexual production, which has never happened — it might be the last taboo.” Unlike Tompkins and Bernstein, she’d never before used the word “cunt” in her work, but now she’s making a series of videos: My Cuntry tis of Thee, No Cuntry for Old Men.

“It’s the most terrifying thing there is for women to own their sexuality, for men [and for] women who want to be taken care of by the patriarchy," Minter says. "For women to make sexual images for their own amusement seems to bring out the worst in people. But the gesture has to be made.”

Download PDF
View on LA Weekly
Back To Top