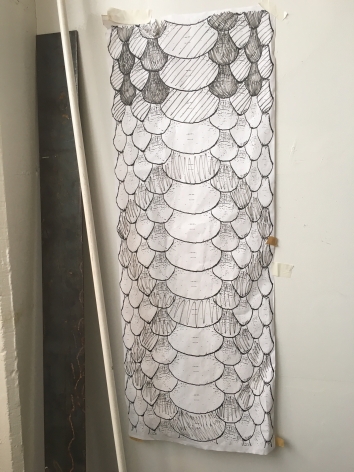 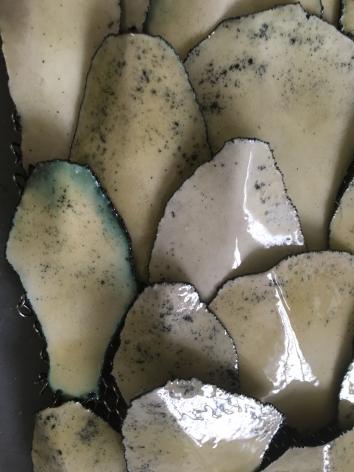 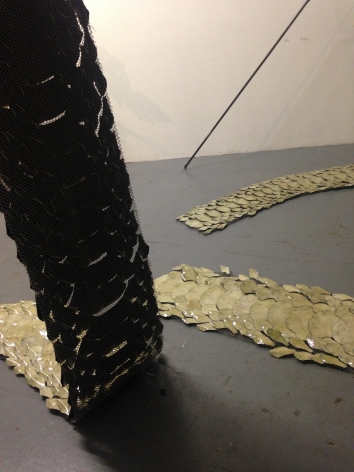 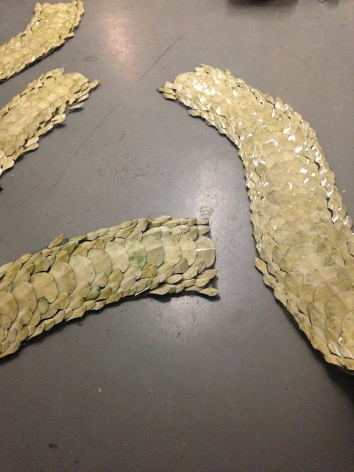 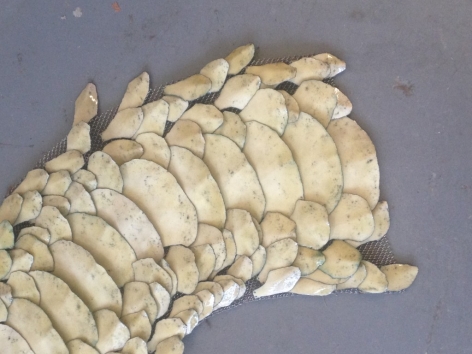 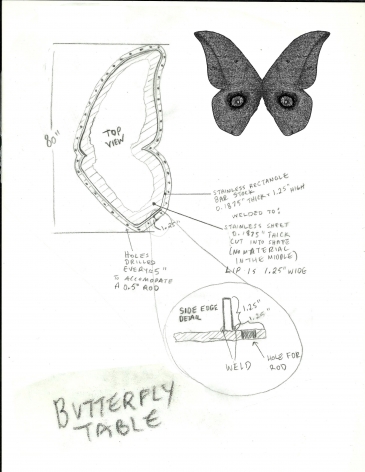 Prominently and elegantly displayed in the spacious and modern Venus Over Los Angeles Gallery, the viewer’s eye lands upon a series of oversized enameled copper snake skins draped from the lofty ceiling. Created by Canadian sculptress Elaine Cameron-Weir, they hang like tapestries as perpetual symbols of renewal. Undoubtedly an artist of paradox, Weir is known for blending and blurring the lines between opposing materials and ideologies. I sit down with Weir to discuss these pervasive themes in her work as she helps with preparations for her upcoming show at renowned gallery. Aptly titled Snake With Sexual Interest In Its Own Tail, the exhibition is a celebration of form, function, and this paradoxical ambiguity.

What was it about sculpture as a medium that initially sparked your interest?

It’s a real thing in the world, you know, the objectness of it. It’s really simple, and I like that.

It’s able to confront the audience with its materiality?

Yeah, painting is more like a window, and sculpture is more in the world of industrial design. All the things that are adjacent to sculpture are of interest to me.

So, it’s really about the juxtaposition?

Kind of, but also you couldn’t have the idea of something that we think of as a natural material without the idea of something we think of as a synthetic material because you want to categorize them. It’s pointing that out. Those are things that we make up. It’s just how the world is. At what point do we stop thinking about something as natural? When poppies are made into heroin, you know? Everything comes from the planet we are standing on. What line has to be crossed to be synthetic? I think we can all agree on what you would see as a synthetic surface that’s all smooth, polished, and plastic. It’s interesting how that became consensus.

Historically, the snake has come to represent renewal, fertility,  and eternity. What role does this mythology play in the piece? Is it informed by it or divorced from it?

I think it would be impossible to divorce it from that meaning, which is my interest because it is such a potent symbol and has so many different meanings. Like you said, it can represent fertility, but also Satan. There are so many that it almost becomes not neutral. It’s more charged because it’s not specific. I’m definitely interested in that, but I’m not sure what I wanted to symbolize.

So, viewers can interpret it for themselves?

People will anyways interpret it how they want. I don’t want to just leave it up to people because my feeling about it is very specific. In that specificity, I’m using all of what the snake represents as a tool that’s behind this particular representation.

What do you hope viewers take away from the show?

I don’t know. I never know. I don’t have a goal about how I want people to feel. There’s not a specific issue in the world that I want them to consider. That’s a hard question. It’s like asking why you do what you do. It’s good to think about that every so often. Obviously, I want to communicate something because I’m doing this in public. I could just not show anything. My answer right now would be that I want to show that I want to communicate, that I’ve got something to say. I know what it is I want to say, but it’s really hard to articulate, because if I could say it out loud, I would probably just say it. This is my most effective way of communicating. It just feels the most satisfying.

View on Flaunt Magazine
Back To Top