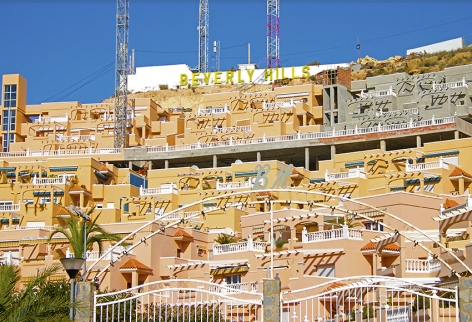 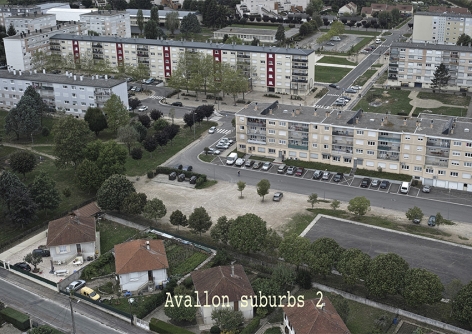 Michel Houellebecq is undoubtedly the most talked about french writer. However his artistic oeuvre is not limited to a written word. He is also well known for his photography and film making. The exhibition of the photographs and photomontages at VENUS Manhattan gallery is the first such show for Houellebecq in the US. The installation at VENUS under a title “French Bashing” is heavily influenced by the writer’s world view depicted in his novels. For VENUS the works were selected from the last year expose “Rester Vivant” at the Palais de Tokyo in Paris. Le Figaro review notes that “French Bashing” makes it a logical follow-up to “Rester Vivant”.

The exhibition has 2 very distinct parts united by author’s sense of inescapable decline of european way of life and a drift towards banality and mass-commercialization. The expensive urban developments viewed via a prism of neglect and decay make moody and depressive impression. The most characteristic work is a picture of the EUROPE sign near Calais. The letters made in concrete have crumbled from the accelerated speed of changes. This could be the suggested theme for the first part of the exhibition. To compete an eerie impression it is installed in a dark-walled room with a soundtrack composed for the show in collaboration with Raphael Sohier.

The second room is too bright and too loud with kitschy images of the standard tourist attractions made for the unattached crowds. The lighting and the soundtrack are all coordinated to bring in a typical glitz of mass-entertainment.

Overall the exhibition is very much in line with Houellebecq’s novels. In fact the author is known to look at his photographs when constructing the characters for his books. In an interview with L.Collins for The New Yorker, Houellebecq explains that he doesn’t “take pictures of human beings” preferring “literature for describing a human being”. And he doesn’t “do much description of the landscape” in his books, because he “finds that a photo is better.”

Now the public has a chance to see what the writer sees when working on his novels and make a better connection to his work.