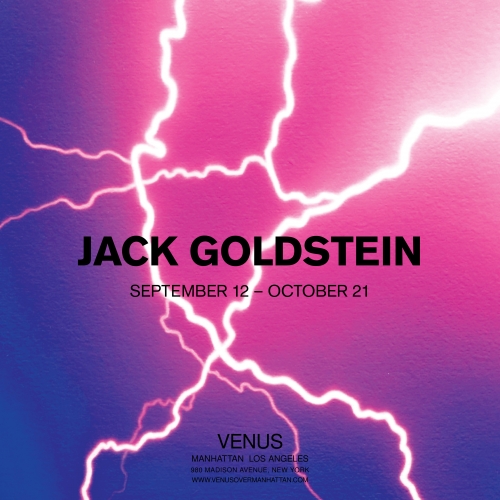 Jack Goldstein rose to prominence in the late 1970s as a leading figure of the Pictures Generation, a group of artists based in New York whose work exploited “quotation, excerptation, framing, and staging” to reflect upon the power of representation. Goldstein moved to New York in 1974 with Helene Winer, after finishing graduate school at CalArts, where he worked primarily in performance and video under John Baldessari. He continued to make films in New York, and in 1977, Douglas Crimp included a group of them in an exhibition called Pictures at Artists Space, then under Winer’s directorship. Along with Troy Brauntuch, Sherrie Levine, Robert Longo, and Philip Smith, who were also included in the exhibition, Jack Goldstein came to represent a new sensibility in contemporary art. Goldstein’s films quickly established him as the progenitor of an emerging appropriative strategy, which traded in the forms of mass media to challenge notions of originality, ownership, and authenticity. Goldstein’s work, as well as the response to his films included in Pictures, provided the conceptual framework for much of the most celebrated work of the 1980s, and along with artists like Sarah Charlesworth, Louise Lawler, Richard Prince, Cindy Sherman, and Laurie Simmons, Jack Goldstein came to define the Pictures Generation through his appropriative techniques and manipulation of popular imagery.

On view in the gallery is a selection of Jack Goldstein’s early sixteen-millimeter films, all of which predate Pictures by at least five years. Made available from the artist’s estate exclusively for the gallery’s exhibition, six films will loop on two screens: A Nail (1971), A Glass of Milk, A Spotlight, Focus, and Some Plates (all 1972), will screen in the reception gallery, and one of Goldstein’s earliest films, There/Roomdefinition (1971), will loop in a purpose-built viewing room. Goldstein’s early video works are notable for the way in which they prefigure a directorial approach that he explored in his later films, as well as his paintings: his films are marked by an extreme level of control, and a desire to remove his hand from the work. In certain films, Goldstein’s presence off screen is responsible for the action on screen: in A Glass of Milk (1972), Goldstein rhythmically slams his fist on a card table, causing a glass of milk to splash and fall over, and in Some Plates (1972), his repetitive jumping causes a precarious stack of plates to crash to the floor. Even when Goldstein is on screen, he is at work to disappear: in A Spotlight (1972), a beam of light follows Goldstein around a dark room while he tries with difficulty to escape it. The speed of its movements makes the action look particularly menacing, as if he were trying to evade capture or imprisonment. Goldstein is entirely absent from his later films, functioning as a director to make the immaculately reduced, brightly colored films that Crimp included in Pictures, and for which Goldstein became known.

Also on view in the gallery is a major group of Jack Goldstein’s monumental works on canvas, produced between 1983 and 1990, as well as one large format work on paper. Goldstein turned his attention to painting in 1979, after nearly a decade working almost exclusively in film. Having never made paintings, he began making large format canvases featuring appropriated imagery using an airbrush. He found images of spectacular occurrences in history and science textbooks – Margaret Bourke-White’s photographs of World War II, volcanic eruptions, lightning storms, and sun flares – and enlarged them to monumental scales, bringing the content of the images to the verge of abstraction. Goldstein approached his paintings in a manner similar to his films: he became a director in his studio, hiring skilled technicians to execute specific parts of his paintings. He often employed a team of eight assistants to create his paintings, and though he often devised the painterly methods used to make his images, his hand was rarely involved in the physical production of his work. 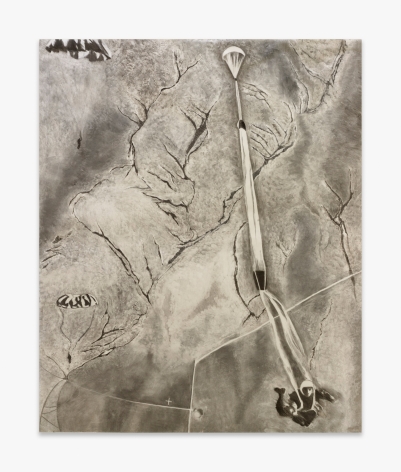 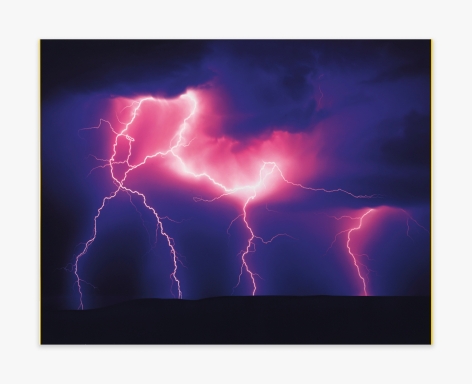 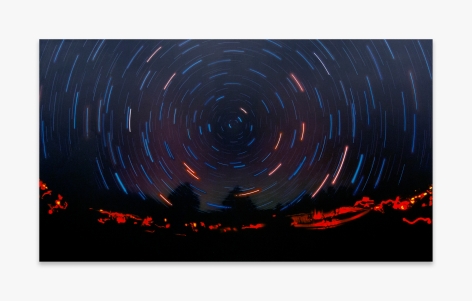 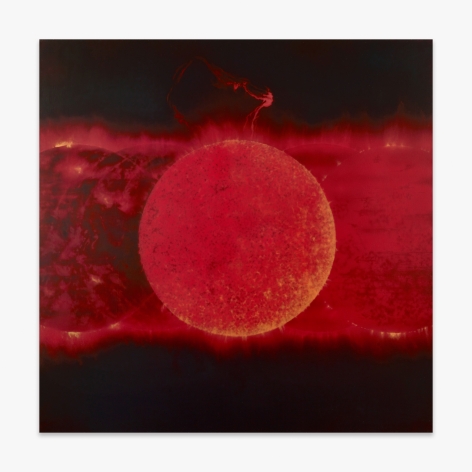 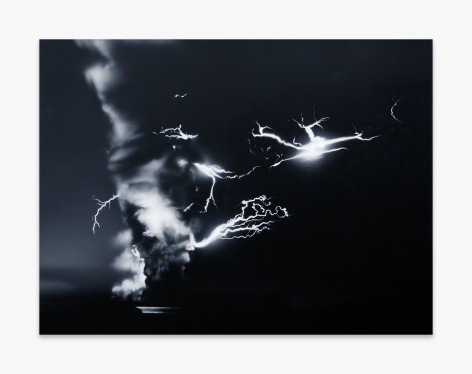 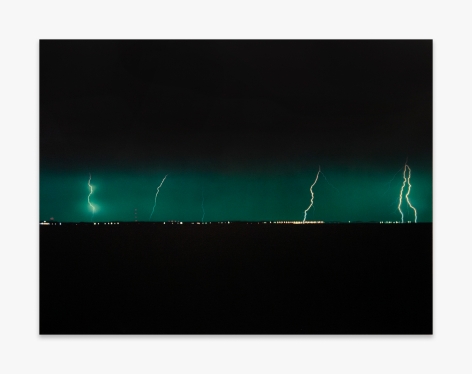 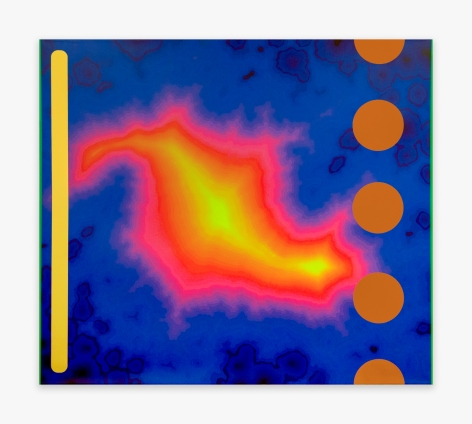 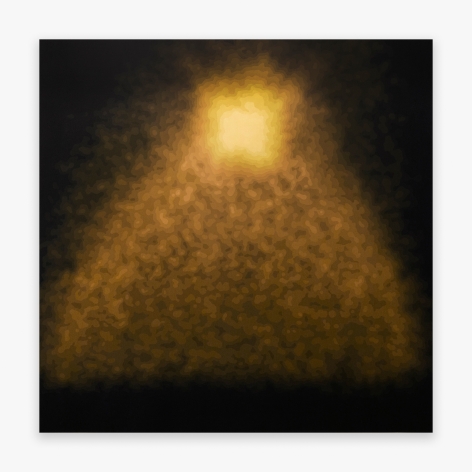 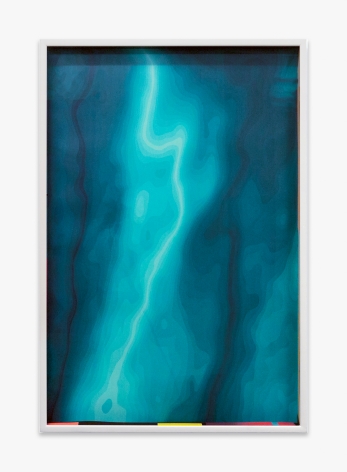 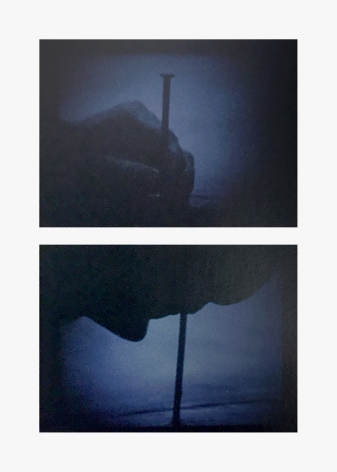 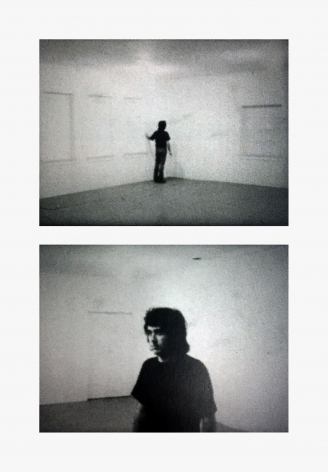 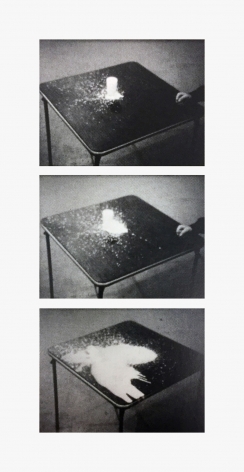 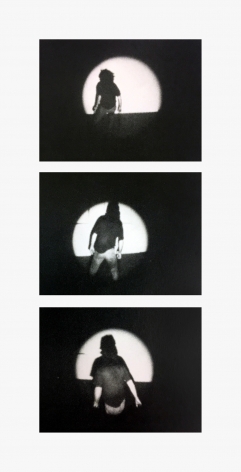 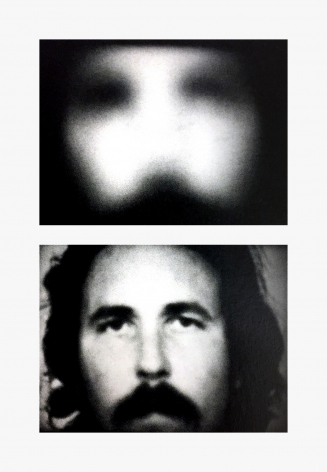 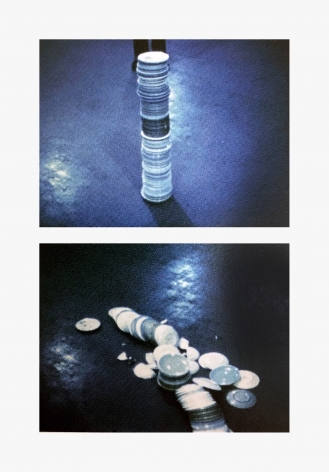 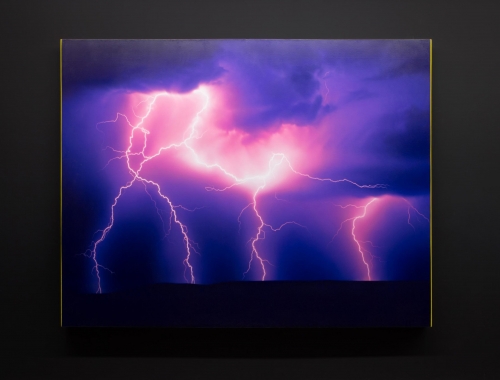 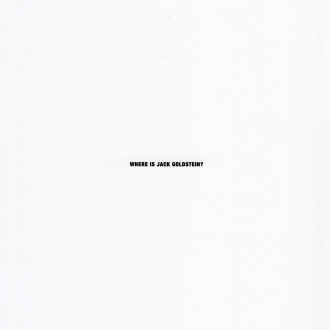 Where is Jack Goldstein?
2012
Back To Top